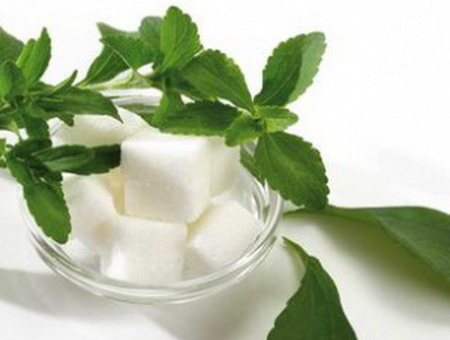 Why is there so much hype about this particular sweetener? Is it true that it perfectly replaces sugar, without giving us a single calorie? What do the relevant investigations say and what do the competent bodies point out about its safety?

Stevia is a tiny shrub known as Stevia Rebaudiana Bertoni. It originates from Latin America and is cultivated in many parts of the world, mainly in China. Experimental stevia crops also exist in our country, on farms in Thessaly and Macedonia.

Stevia leaves contain various natural sweeteners, such as stevioside and rembaudioside, which make it 60-80 times sweeter than ordinary sugar, while its final product, extracted by the extraction method, is up to 300 times sweeter . Simply put, this means that 1 teaspoon of standardized stevia extract has the same sweetening power as about 1 cup of sugar! But while sugar contains carbohydrates and yields 4 calories per gram, stevia contains no caloric components of any kind, so it yields no calories at all in any amount consumed. Therefore, it is an alternative proposal for people who eat a lot of sugar, watch their figure or need to control their sugar and calorie intake, e.g. diabetics and obese.

What is its use?

Today its extracts are used as a substitute for common, crystal sugar and instead of other natural or synthetic sweeteners in beverages, diet soft drinks, soft drinks, sweets, diet food, food for diabetics and special food products. Can it withstand high temperatures? Unlike many other sweeteners, stevia is stable, does not deteriorate and does not lose its sweetness, even when cooked at temperatures up to 200°C. This means it can replace sugar in a wider range of foods, including hot drinks and sweets that require boiling (eg jams) or baking.

Does it have beneficial effects on health?

Stevia leaves also contain many minerals and trace elements (chromium, magnesium, manganese, potassium, selenium, zinc), B vitamins (mainly niacin) and phytonutrients such as chlorophyll and plant sterols. The combination and interaction of these components may give it additional beneficial properties for our health, which are yet to be proven by research. Therefore, reports that stevia has antihypertensive, antibacterial, antioxidant, cardiotonic, antiaging, slimming, digestive, and skin-healing effects should be considered, at least until reliable verification, unproven claims. What is absolutely certain so far is that, unlike sugar, it does not favor either the creation of caries or the growth of the fungus Candida Albicans.

Does it help with weight loss?

Stevia is the only natural sweetener with zero calories, zero carbohydrates, zero glycemic index (G.I.) and zero glycemic load (G.L.). Therefore, when used instead of common sugar or other caloric sweeteners (e.g. fructose, honey, agave syrup, etc.), it limits energy intake and thus contributes positively to the effort to control extra pounds. However, it must be fully understood that stevia is simply an aid to limiting calories from sugar sources and not some substance that slims down without paying attention to our diet in general.

Is it suitable for diabetics?

Various preliminary studies have shown that stevia can be well used by diabetics instead of sugar or other sweeteners, because it is metabolized in the body, without particularly affecting blood sugar and without requiring the production of insulin. However, because it is unknown whether it improves glycemic control in the long term, people with diabetes should definitely consult their doctor before deciding to systematically include it in their daily diet.

Is it approved for use in food?

For many different reasons, while stevia is grown and available legally in many countries, in some others it was banned until now, while in others there are still restrictions on its use. For example, in China, Japan, South Korea, India and Brazil, the food industry has used it extensively since 1970. In the US, its importation was banned until 1994, then it was allowed to be available only as a dietary supplement, and finally it was approved for use as a food. and as a sugar substitute only at the end of 2008. In the European Union, the competent Food Safety Committee (EFSA) gave a positive opinion on stevia in March 2010 and after that its final approval is expected in the first half of 2011. However, already since 2005 it has been allowed to be marketed as a nutritional supplement and its use as a green coloring and flavoring in food and cosmetics, while in France it has been approved as a sugar substitute since 2009 and for two years on a trial basis.

What is the case for Greece?

In order for an innovative product to be considered as food and to be freely available on the Greek market, it must meet all the requirements of Community legislation. Given that so far there is no final decision by EFSA, stevia is allowed to be marketed exclusively as a special food product. Nevertheless, pending the required community approval, Greek farmers are encouraged by government agencies to use stevia as an alternative crop to tobacco and beets, as it does not require large amounts of water, its production costs are low and the geoclimatic conditions in our country favor its development.

Should I try her?

If you consume large amounts of sugar, then stevia is a good alternative, as long as you use it in moderation and not abuse it. But since most of the sugar intake comes from its "hidden sources", mainly manufactured and processed foods, there is no reason to be complacent, that is, it is necessary to continue to be careful in your dietary choices. The same applies when you buy standardized products that contain stevia as a sweetener, e.g. desserts, jams, wafers: you must carefully study the label and make sure that they really have fewer calories than the normal product and that they do not contain extra fat or added sugars.

What else should I watch out for?

For use as a sweetener, stevia is available packaged as a powder, drops, or tablets from most health food stores and some large supermarkets. Depending on the origin, form, quality, purity and standardization of its sweetening ingredients, each commercial stevia product may have a different recommended way of consumption, different behavior at high temperatures and impart a different degree of sweetness compared to sugar. So always follow the manufacturer's instructions.

How will I use it?

You can use it as a sweetener in coffee, tea, infusions and any other drink, cold or hot, but also to replace sugar in recipes for making soft drinks (e.g. liqueur), sweets (e.g. jams, cakes) , foods or sauces, usually after first dissolving it in a little water, so that you can check its intense sweetness in advance. You can also grow it in small pots and use its leaves fresh or dried in salads or ground in drinks and desserts.

The US Food and Drug Administration (FDA) has given stevia a GRAS ("generally recognized as safe") designation, while EFSA has issued an opinion stating that it is "non-carcinogenic, non-toxic and not hazardous to human reproduction". So, since it is approved by international organizations, there is no presumptive reason to question its safety.

1 teaspoon of standardized stevia extract has the same sweetening power as about 1 cup of sugar! The best; It has zero calories.